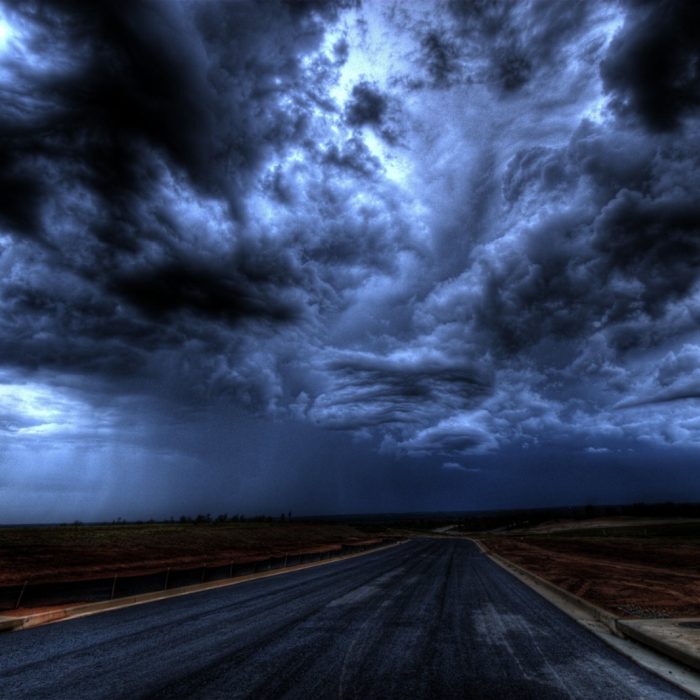 On a humanitarian level, it is difficult to fathom the effects of this conflict in terms of lives disrupted and lives lost within Ukraine. As an investor and human being, I am exceedingly frustrated that just as we are beginning to crawl out of our pandemic foxhole after a difficult third wave of COVID-19, we peer over the rim, only to be confronted by a manufactured geopolitical crisis. One thing for certain is that war is never a good outcome, nor is it predictable. In fact, it is a lot like trying to predict the path of a pandemic. You cannot say with any certainty that X and Y will happen and Z will be the outcome.

When thinking about potential outcomes of the Russia/Ukraine conflict, my mind kept circling back to a quote from the old Rocky III movie. In the film, a reporter asked Rocky’s opponent, Clubber Lang (Mr. T) for his prediction for the fight, to which he simply responded with the word, “Pain”. I don’t mean to sound flippant, but war and conflict are painful in countless ways, which is a fact we all know. As a father, I cannot fathom tucking my children in at night, wondering what I will do to keep them safe as invading troops draw closer and closer. I think of troops put in harm's way to proudly defend their nation. I think of a global economy that hunkered down and gritted its teeth through a bitter pandemic only to have a dark cloud emerge in the form of geopolitical conflict. I also, of course, think of investors who now face increased uncertainty in the weeks ahead.

We do not fully understand the mind or motives of Vladimir Putin and why, in the face of crippling financial sanctions, Russia would continue its aggression. Yes, the history between Russia and Ukraine is nuanced and complex, but the world has been very clear to Mr. Putin - invade Ukraine and the penalties will be severe.

As predicted, we have seen governments across the globe decry Putin’s actions and implement a variety of punitive measures in the form of sanctions and other restrictions. We can expect the already-announced sanctions to grow much more severe and wide ranging in the coming days. Russia is about to pay a steep economic price for its actions.

When digesting news updates about this ongoing crisis, investors have probably noticed a common theme related to one particular topic: oil and gas. In terms of overall economic power, Russia is relatively small potatoes, ranking #11 in the world in terms of nominal Gross Domestic Product (GDP) behind countries like France, Italy, Brazil and Canada. As Harvard Economist Jason Furman quoted recently, the Russian economy is “. . . incredibly unimportant in the global economy except for oil and gas . . . It’s basically a big gas station.” While that may be a bit of hyperbole, it does stress one key piece of leverage that Russia has over Europe, which is energy supply.

According to Eurostat, Russia was the largest supplier of natural gas and petroleum to the European Union in both 2020 and 2021. Economists and investors are undoubtedly weighing the possibility that Russia will respond to crippling sanctions by cutting oil and gas supplies to Europe (or the West could ban Russian oil and gas exports outright). In this case, it would be particularly painful for European countries listed in the chart below, which illustrates Russian crude oil exports by destination.

The uncertainty related to sanctions and Russia’s response has caused oil prices to spike dramatically in recent weeks, and we can likely expect oil to move higher in the near-term in light of last night’s invasion.

In a recent television interview, Andy Lipow, president of Lipow Oil Associates, stated, “Should we actually have Russian oil supplies cut off to Europe, which is three million barrels a day, we could see oil prices rise another $10 to $15 a barrel, putting Brent (crude) at about $110 a barrel.” Clearly, a rise in oil prices would impact Headline Consumer Price Index (CPI) in the near term as Headline CPI includes food and energy as inflation inputs, and might cause some pain at the pump in the coming weeks and months.

This would also leave Europe scrambling to find alternative energy sources to Russia - an effort that is already well underway and likely overdue, in hindsight. In fact, as of this writing, the Washington Post reports that the European Union will unveil a strategy to break free from dependence on Russian oil and gas. This new strategy, expected to be unveiled on March 3rd, will reportedly include a 40% reduction in fossil fuel use by 2030. America and the European Union could also approach OPEC to shore-up supplies and eventually stabilize prices.

While the realities of war always cast a long, grim shadow, it is important to know that all is not doom and gloom from the perspective of long-term investors. Yes, financial markets absolutely loathe uncertainty. In the case of war between Russia and Ukraine, we can expect markets to react to every glimmer of hope and every pang of fear. Markets are already on edge due to uncertainty related to Fed policy, so the markets are immediately reacting as anticipated. We are seeing a rapid selloff based on fear and uncertainty.

However, it is important to note that S&P 500 companies have very little revenue tied to either Russia or Ukraine. The chart below illustrates the top 10 S&P 500 companies with revenue exposure tied to both countries. While these percentages may be relevant and meaningful to those specific companies, it helps to highlight that when thinking about broader markets, there is very little revenue exposure directly tied to this conflict.

In recent days, we have also received some welcome news in the form of retail sales, which came in at +3.8% month-over-month versus an expected +1.9% estimate. Consumer confidence was also reported to be higher than anticipated at 110.5 versus a forecast of 109.5.

The Markit Flash Purchasing Managers Index (Flash PMI) for manufacturing exceeded estimates at 57.5 vs. 56.0, while Markit Services Flash PMI also followed-suit at 56.7 versus a median forecast of 52.2. The Purchasing Managers Index is based on a monthly survey sent to senior executives across hundreds of companies and 19 industries, and is meant to measure current and future economic conditions. A PMI over 50 generally is viewed positively, as it tends to indicate an economic environment that supports expansion.

Thursday morning, initial jobless claims came in at 232,000, which was below analyst forecasts and continues to indicate a strong labor market. Furthermore, United States GDP for Q4, 2021 was upwardly revised to 7% in today’s report by the Commerce Department.

Earnings season has also helped to quell some investor fears in recent weeks. While there have been a few high profile misses and/or negative forward guidance from big names like Facebook, Netflix, Peloton, and so forth, the broader market has exceeded expectations relative to historical averages.

As of this writing, with roughly 84% of S&P 500 companies reporting actual results, 77% have reported a positive Earnings Per Share (EPS) surprise with 78% reporting a positive revenue surprise. Both figures are above the five year average.

When it comes to monetary policy, we can expect that the Federal Reserve (along with other central banks) will be watching the Russia/Ukraine conflict closely. Will today’s invasion and any near term growth shocks be enough to have the Federal Open Market Committee ease their hawkish stance? We will be watching very closely to any comments by Fed Chairman Jerome Powell or the Board of Governors in the coming days and weeks for any insight into their mindset in light of this conflict.

One thing is certain, financial markets will be sensitive to headline news in the coming days, whether it be positive or negative. As with any crisis, we expect that markets will move quickly to both the downside and, eventually, the upside.

In environments like this, I reflect upon one of Entrepreneur Aligned’s core principles of investing: Discipline. In my very early teens, I committed myself to learning how to play the guitar. I was determined to improve, and improvement and progress came very slow as my left hand cramped and my fingers bled. However, over time, my fingers became more flexible and nimble, and I grew thick calluses on the tips of each one. Today, I am exceedingly proud of that early version of myself for remaining disciplined, pushing through the frustration and pain and giving me the gift of music, as it has impacted my life in countless positive ways. The bottom line is that discipline is not easy, whether it be when learning guitar or weathering volatility in the stock market. As long term investors, we know that volatility is part and parcel of the investing experience, and that it can be painful. However, for most of you reading this letter, this likely is not your first experience with market volatility and, years from now, perhaps you will look back and thank yourself for remaining disciplined during a very trying and emotional time.

Our hearts go out to the children and families in harm’s way today. As we all know, the conflict between Russia and Ukraine is rapidly evolving, and we will be monitoring this situation very closely. As always, we will report any important updates to you as circumstances change and the path ahead becomes more clear. In the meantime, please don’t hesitate to reach out to your Entrepreneur Aligned team with any questions.