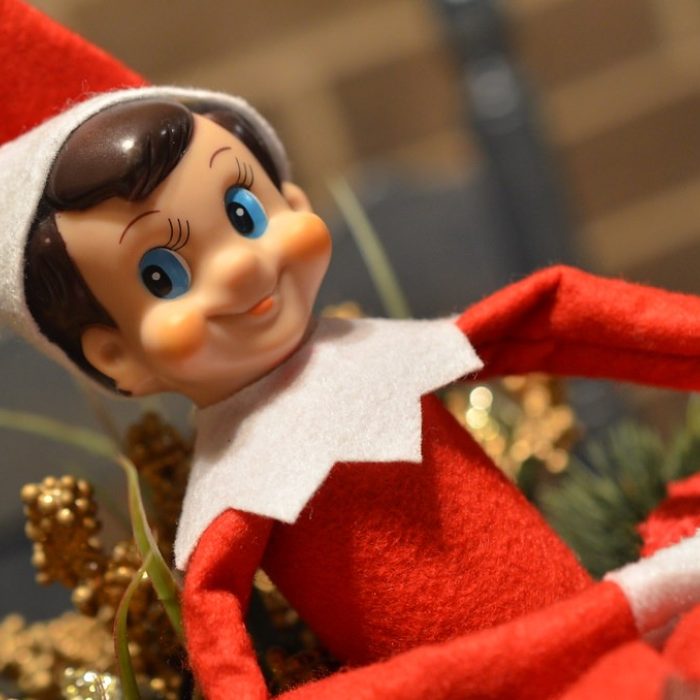 With November concluded and the holiday season approaching, I seem to grow increasingly more nostalgic as each day passes. Maybe it is the winter weather and holiday lights popping up throughout our town. Maybe it is the fact that my family is finally settled and living closer to the grandparents and immediate family than we have in previous years. Maybe it is viewing the wonder of Christmas through the eyes of my five-year-old son as he experiences new traditions like tree cutting, home decorating, parades and holiday bedtime stories. Maybe I am just getting old and sentimental. My reassuring and calm holiday nostalgia is harshly shattered at 5:30 a.m. each morning when I suddenly gasp and lurch out of bed, then quietly, yet frantically, sprint downstairs to move the damned Elf on the Shelf toy to a new location before my son stirs awake. Who needs coffee when that has been my wakeup call through the first few days of December?

In future years, I cannot imagine that investors will look back on 2022 with too much, if any, nostalgia. It has been a year not only fraught with volatility in equity markets but, to date, has been the worst year for the bond market in over a century.

2022 has been a year defined by three key themes: Inflation, the Fed and Fear. Persistently high inflation has caused the Fed to aggressively raise rates while upwardly revising their projections for interest rates during each Federal Open Market Committee (FOMC) meeting. This has caused a tremendous amount of uncertainty in financial markets, which breeds fear among stock and bond investors. For over ten months, investors had very little to celebrate, yet November did bring some interesting and dare I say positive developments, which I will gladly cover first in this month’s update.

On November 10th, I sat at my workstation at 8:29 a.m. Eastern Standard Time, sipping jet black coffee and (like most people, I’m sure) nervously refreshing the Bureau of Labor Statistics (BLS) website in rapt anticipation of the October Consumer Price Index (CPI) report. Finally, the clock struck 8:30 a.m., the page refreshed and the Economic News Release opened and read:

“Over the last 12 months, the all items index increased 7.7 percent before seasonal adjustment.”

Slightly caught off balance, I closed my web browser, reopened it and refreshed the same Economic News Release on the BLS website. The sentence above had not changed. The report was not a mirage. The CPI release actually reported figures that were better than anticipated, with 7.7% headline inflation versus 7.9% expected, and core inflation at 6.3% versus 6.5% expected. After almost a full year of negative surprises, investors finally received a sliver of hope that inflation may be starting to roll over a bit with CPI numbers that are now slightly lower than they were back in March, as seen in the chart below.

Yes, the underlying numbers have been indicating that inflation should be on the decline, but it is another thing to see that translated into the final CPI numbers. Yes, this is a small victory, almost like when my alma mater’s 2-8 college football team wins its final game of the year, briefly lifting hopes that the year ahead might bring something better. Yet, the encouraging inflation-related news did not stop with the CPI report.

A few days later on November 15th, we then received the BLS Producer Price Index (PPI) report that showed that the index for final demand rose 0.2% month-over-month versus 0.4% expected and 8% year-over-year versus. 8.3% expected. These PPI figures have retreated far below the 9.9% reading from the beginning of the year and have reached levels not seen since July of 2021.

To round out inflation news, the Bureau of Economic Analysis (BEA) released their Personal Consumption Expenditures (PCE) report on December 1st, indicating that core PCE rose 0.2% month-over-month versus 0.3% expected. On an annualized basis, headline PCE rose 6% versus 6.3% expected, and the core index rose 5% versus 5.2% expected.

It is important to note that PCE is the Fed’s preferred measure of inflation, so core PCE at 5% is a bit closer to the Fed’s 2% target than the CPI reading of 6.3% might indicate.

Moving forward, we expect the Fed's contractionary policies to continue to impact demand with an expected lag, which should continue to send prices lower. In fact, the index for shelter contributed over half of the monthly increase in the CPI all-items index, and the impact of higher interest rates on the housing market is being felt by both buyers and sellers across the country.

Furthermore, in recent weeks, energy prices have fallen, with oil and gasoline nearing price levels that have not been seen since the beginning of 2022, as illustrated in the two charts below.

Well, as we have indicated throughout the entire year, it will be difficult for markets to recover until there is, at the very least, more certainty as it relates to Fed policy. This is why markets reacted favorably to Jerome Powell’s commentary at the Brookings Institution in late November when he stated, “It makes sense to moderate the pace of our rate increases as we approach the level of restraint that will be sufficient to bring inflation down. The time for moderating the pace of rate increases may come as soon as the December meeting.”

With some positive yet cautious sentiment being felt among investors, we saw most major indices climb during the month of November. There were visible spikes after major events related to two of our three key themes for 2022 - Inflation on November 10th with the CPI report, and Powell’s Brookings Institution commentary on November 30th, as seen below:

As we move into the month of December, the FOMC meeting held on the 13th and 14th will be crucial in setting the tone for 2023. We anticipate that a 50 basis point rate hike will materialize as a result of this meeting, which will bring the Fed funds rate up to a target of 4.25% to 4.50%. This potential 50 basis point hike in December would be a mild deescalation from the unprecedented four 75 basis point rate hikes that the Fed has implemented over the last four FOMC meetings.

The question for investors, as always, then becomes, “What comes next?” This question has been exceedingly difficult to answer throughout 2022 given the Fed’s shifting rate projections at the conclusion of each FOMC meeting.

While Powell’s November 30th commentary indicated that we might be seeing the beginning of the end of the Fed’s ultra-hawkish policies, many investors, analysts and economists still feel that the Fed may have done too much, too soon. Very early in 2022, I wrote about this as my preeminent concern for investors for the year.

Given the lag with which Fed policies impact the economy, it is likely that the United States economy has yet to feel the full brunt of four consecutive 75 basis point rate hikes. This is like a car going zero to 60 in 1.2 seconds. There is bound to be some whiplash.

While the labor market remains very tight, we do not necessarily agree with the Fed that this is an apt barometer for measuring an overheating domestic economy (at least in this market cycle). After all, for most of 2022, the United States has been at full employment, and there have been roughly ten million job openings (or nearly two jobs available for every job seeker). Yet, 2022 Gross Domestic Product (GDP) growth has been -1.6% in Q1, -0.60% in Q2 and 2.90% in Q3. With an average annual United States GDP growth rate of 3.14% since 1948, those are hardly scintillating numbers and a sign of an economy on fire.

However, while the unemployment rate may not spike drastically, we expect the Fed to get its wish as more news of layoffs emerge early in 2023 across sectors, thus directly impacting the Fed's other key mandate of jobs. While the Fed has professed their willingness to keep rates high for “as long as it takes to get the job done” to lower inflation, they could come under increased pressure as inflation is subdued to reverse course and implement the “Fed Pivot” that many analysts, economists and even news pundits have been predicting throughout 2022.

If the Fed suddenly reverses course on interest rates as they have after every rate hike cycle in history, we would expect not only the stock market to breathe a sigh of relief, but we would also expect to see an impact in bond markets. For some insight into this, we look back to 1982. After a painful battle with inflation that drove exceedingly high interest rates, Fed Chairman Paul Volker quickly lowered interest rates. Doing this impacted the most significant boon for the bond markets over the past 50 years, with a +33% calendar year return, as highlighted in red in the chart below:

Clearly, that is an extreme case and we will expect any contemporary bond market reaction to be muted in comparison. Still, while attempting to time an event driven outcome is impossible, the 1982 bond market reaction certainly helps to make the case for continuing to hold fixed income as an important part of a diversified portfolio.

Furthermore, the market reset experienced in 2022 has changed the future risk/return dynamic across nearly all asset classes. Below is a brief snippet taken from our Capital Market Assumption (CMA) research showing an example of the efficient frontier for a diversified portfolio. Without getting too wonky, which can be difficult for me, the 2023 forward-looking risk/return dynamics of a diversified portfolio are quite a bit more attractive than they were this time last year, as shown by the blue frontier line versus the orange one, as illustrated below. While 2022 has been extremely painful in a vacuum, our CMA data suggests that the overall outlook may look less fraught when portfolio performance is measured over the long term. This is exactly why we make high conviction decisions with a long term outlook when making crucial allocation decisions within investor portfolios.

I will close this month’s letter with a little levity by sharing an old Bob Mankoff cartoon that probably highlights investor mindset in 2022 better than anything else I could possibly find. Care to guess when this cartoon was first printed? That’s right! It was first printed on October 12, 1981. As the saying goes, “History doesn’t repeat itself, but it often rhymes.”

On behalf of our entire Entrepreneur Aligned team, we wish you all the happiest of holiday seasons. And, if you have one, don't forget to move the elf.