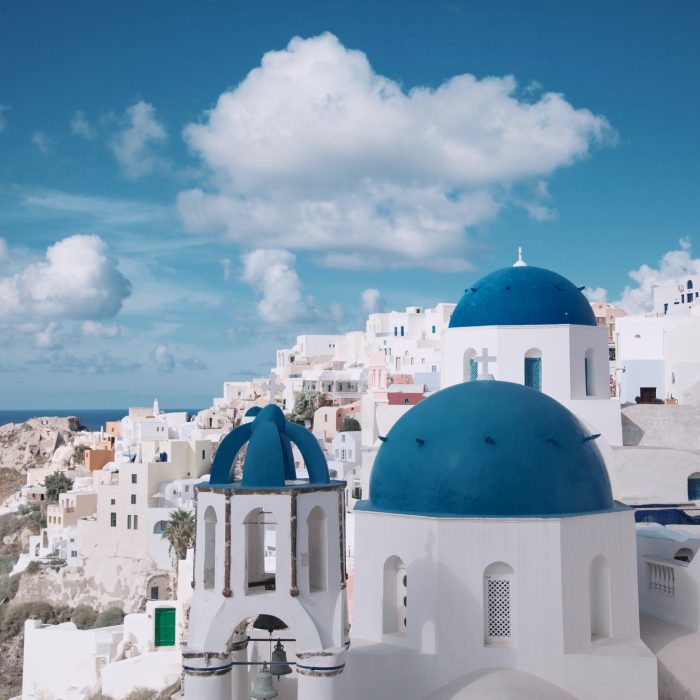 As a college sophomore back in the late 1990’s, I was fortunate to be part of a small group of students from my university who were granted the opportunity to study in southern Switzerland for a semester. During a much needed spring break, a handful of my classmates and I decided to embark on a 72-hour trek of busses, trains, taxis, ferries and feet that took us from Lugano, Switzerland all the way to the tiny Cycladic Greek island of Ios. After all, according to our all-knowing Lonely Planet guidebook, Ios had an international reputation as a party island so, naturally, that was a destination we gravitated towards.

After two amazing days on the island and barely able to rub two drachma together, five of us pooled our meager funds to rent a rusty, old Jeep so we could explore the island beyond the walking distance of our hostel. As the only person who could drive a stick, I ended up being the chauffeur for the day. We excitedly crammed into the Jeep and were roughly half a mile beyond our favorite beach, when the paved road turned to dirt. Then, the dirt road suddenly became a rocky goat trail. With the Jeep’s suspension squeaking and straining, we soon came around a bend to discover that, no more than 100 yards ahead, the goat trail was soon book-ended by a steep rock wall on the driver’s side, and a dramatic one-hundred-foot cliff on the other. The trail was barely wide enough to fit the Jeep.

I slowly brought the car to a creaking halt, and the five of us shared furtive glances as we pondered the wisdom of forging ahead. After a few long moments of silence, I finally declared, “Let’s go for it”, feeling far less certain than I sounded. I was eagerly trying to impress one of the girls I was traveling with that day, after all. After some more deliberation, it was ultimately decided that three of us would continue ahead, and two others would hoof it back to the beach, unwilling to stomach the path ahead.

The hours that followed culminated into one of the most magical travel experiences of my life, as the trail eventually widened, and we spent hour upon hour exploring picturesque beaches and dramatic, rocky coastline without another traveler in sight.

As an investor, there have been many times when I have felt like I’m on that same rocky goat trail with a terrifying ledge that’s agonizingly close. Today is no different, as I am bombarded by news about Fed tapering, the debt ceiling, infrastructure, inflation, the Delta variant, supply chain issues, fuel shortages, Chinese government crackdowns on tech giants and crypto, and so forth.

At times, it is tempting to want to hop out of the Jeep and retreat to a safe, comfortable place. However, much like my harrowing trek on the island of Ios, that is often when transformative opportunities can be missed. There is a lot of ground we could cover, but in this month’s letter, I will focus most of our time on the most pressing issue facing investors in the short term - the debt ceiling crisis.

For those of you not familiar with this subject, I will begin with a brief definition. The “debt ceiling” is the upward cap on how much money the United States government is permitted to borrow in order to pay its debts. Because the government spends in excess of revenues, it must borrow to meet these spending commitments. As seen in the 2021 federal budget chart below, the United States is set to borrow roughly $3 trillion (or 44% of its total sources of financing) in order to meet its existing obligations this year.

Does raising the debt limit authorize new spending? The short answer is, “No.” As the Secretary of the Treasury, Janet Yellen, said this week, "It (raising the debt ceiling) has nothing to do with future programs of payments. It's entirely about paying bills that have already been incurred by this Congress, in previous Congresses, and it's about making good on past commitments -- as you said, paying our credit card bill."

The national debt is now $28.43 trillion, and the borrowing cap is currently $28.4 trillion. In a letter to Congress on September 28th, Janet Yellen wrote, “We now estimate that the Treasury is likely to exhaust its extraordinary measures if Congress has not acted to raise or suspend the debt limit by October 18th. At that point, we expect the Treasury would be left with very limited resources that would be depleted quickly. It is uncertain whether we could continue to meet all the nation’s commitments after that date.”

This month’s letter is not intended to wade into the political fray of who is right and who is wrong, or to decipher the long-term ramifications of the spending patterns of the United States of America. We can, however, look to the past to see how similar federal “government showdowns” (including two debt ceiling crises) have affected financial markets in the short-term.

Morningstar created an informative chart that illustrates how financial markets, as measured by the S&P 500, have reacted to seven different federal government showdowns since 1990. As you can see, this is not the first time that the United States has waded into debt ceiling debate waters.

Despite plenty of hand wringing, financial markets largely shrugged off the 2013 debt ceiling crisis, with the S&P 500 posting gains of +1.99% during the crisis period and +3.17% during the actual government shutdown from October 1st to October 17th.

However, the 2011 debt ceiling crisis carried substantially more weight, and it ultimately led the credit ratings agency Standards & Poors to downgrade the United States debt from a lofty AAA status down one notch to AA+. At the time, this downgrade was unprecedented, and shockwaves were felt across the globe.

Unlike a standard federal government shutdown, a debt ceiling event is much more widely felt. For example, if the debt ceiling is not lifted, we could see some or all of the following:

What Does This Mean for Investors?

The stakes are high, and Congress knows it. In a minor, yet positive, development, the Senate passed a stopgap funding measure on September 30th to prevent a government shutdown on October 1st. This was passed on a 65-35 bipartisan vote. However, this measure did not extend the debt ceiling.

As an investor, it is important to remember that the stakes were very similar in 2011. Financial markets were particularly jittery, especially with the 2008 financial crisis so active in the minds of all investors at the time. I vividly recall investors who sold entirely to cash, convinced that they would see another event that would rival 2008. Despite all of that uncertainty and an unprecedented downgrade of the United States debt, financial markets sold off no more than in a standard correction and then rebounded strongly to close out the year. The S&P 500 recouped all losses within months.

Of course, past performance does not guarantee future results, but I have been through enough economic crises in my career to know that volatility will inevitably strike, and that the United States economy and financial markets are profoundly resilient. It is also important to note that at Entrepreneur Aligned, we do not just invest to advance client wealth in rising markets, but we also carefully construct portfolios to protect capital in declining markets. Doing this allows investors to stay in the game over the long run, which is crucial, as seen in the chart below:

As this chart explains, seven of the best 10 days for the S&P 500 occurred within two weeks of the 10 worst days. The bottom line is that attempting to time the market is impossible, and remaining on the sidelines for even just a few key days can impact long term wealth creation.

I sincerely hope that the debt ceiling crisis is resolved by the time this letter is distributed, and that this entire communication is moot. Regardless, if you have any questions, please do not hesitate to reach out to your Entrepreneur Aligned team to understand how your portfolio is constructed to combat inevitable volatility, whenever it may strike.