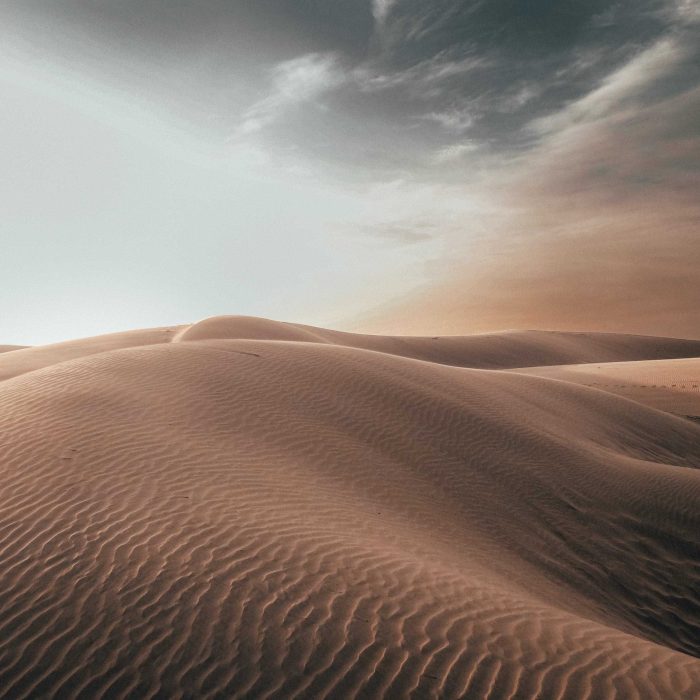 Several months ago, my jaw nearly hit the floor when I saw the first, brief movie trailer for the October, 2021 film release of Frank Herbert’s classic novel Dune. As a sci-fi wonk (aka, nerd) and big fan of the book, I could hardly conceal my excitement and anticipation for seeing how, using modern cinematic technology, director Denis Villeneuve would bring Herbert’s novel to life. How would they portray the classic gom jabbar scene? What would the desolate, dystopian landscape of Arrakis look like? Would the film’s star, Timothee Chalamet, finally cause my first name to be en vogue (albeit, with a slightly different spelling)? What about the sandworms?! You are probably getting a strong sense for my immense nerdom at this point.

Although I feel it helps to have read the book in order to have a deeper understanding of the movie’s underlying path, the film largely did not disappoint. Thinking back on director David Lynch’s version of the film released back in 1984, I could not help but chuckle. Lynch’s film was excessively campy and odd, with visual effects that are and were laughable, in my opinion. In fact, it might have been the strangest film that I have ever seen, right up there with the 1986 release of Labyrinth, starring David Bowie.

Regardless, comparing the two Dune films was a stark reminder of the astounding technological leaps that have occurred in recent decades. We are sometimes asked by clients what we expect the future to bring, and what the economy will look like in five or ten years. When I discuss this topic with Entrepreneur Aligned strategists, planners and coordinators, I often speak in terms of our current mindset instead of specific economic predictions. To me, it is often a simple question of, “When you look into the future, do you see fear, or do you see opportunity?”

When reading daily headlines, it can be easy to fall into a trap of hesitancy and fear of the future. On a minute-by-minute basis, we are bombarded with information about debt, inflation, market volatility, the labor market, supply chain issues, the pandemic, housing and so forth.

As Dune’s hero Paul Atreides says in Herbert’s novel, “Fear is the mind killer.” Are there areas of economic concern that we seek to address through financial planning and investment strategy? Of course there are. However, I do not let these concerns overshadow the fact that this is a very exciting time to be an investor. At Entrepreneur Aligned, we see innovation and ingenuity in many areas, and opportunities abound due to emerging technologies that will influence nearly every sector of our economy over the next 5 - 10 years.

I get a similar sense of anticipation and excitement as when I saw that first Dune movie trailer when I read about advanced materials, nanotechnology, the metaverse, augmented reality, decentralized finance (DeFi), blockchain, smart contracts, 5G, the Internet of Things (IoT), wearables, Clustered Regularly Interspaced Short Palindromic Repeats (CRISPR) and electric vehicles, to name just a few.

Are some of these innovations a little intimidating? Of course they are. I have read enough science fiction to be a little wary about moving too far and too fast, lest we be overrun and ruled by AI-driven cybernetic overlords. Will some of these technologies go the way of the Segway scooter and fizzle into relative obscurity? Yes, they will. However, as I have written many, many times, it is never a good idea to bet against the ingenuity and resiliency of the American economy, and this is what helps me to overcome those daily pangs of fear I may feel when seeing an earnings miss, a disappointing employment report or rising Consumer Price Index (CPI) and Personal Consumption Expenditures (PCE) numbers.

As for the month of October, financial markets saw an encouraging rebound after a disappointing September. Earning’s season is once again underway, and results have largely been encouraging, so we will finish this month’s letter with a brief earnings update along with some information regarding the evolving infrastructure package being proposed by Democrats and the Biden Administration, along with an anticipated outcome from the Federal Open Market Committee meeting in early November.

To date, 56% of S&P 500 companies have reported earnings results for Q3 2021, and the year-long upside trend continues with 82% of companies reporting earnings per share above estimates. In aggregate, these earnings beats are +10.3% above analyst estimates.

Leading the way has been the financial sector, with an aggregate earnings surprise of +18.5%, with energy (+15.9%), healthcare (+11.8%) and communication services (+10.3%) rounding out the top performing sectors to date.

Regardless, investors have largely been reassured by Q3 earnings with the S&P 500 ascending after a brief setback during the first week of October.

During the final week of the month, the Biden Administration announced a general framework for a reconciliation bill. This framework claims to offset $1.75 trillion of new spending with $1.95 trillion in new revenue over the next 10 years. It includes $555 billion to fight climate change and to facilitate investments in clean energy. Tax credits could provide up to $12,500 in incentives to purchase new electric vehicles and install solar panels on American homes.

The framework also purports that the 2021 child tax credit would be extended through 2022. $400 billion would be included for child care and preschool funding while expanding universal access to preschool for all three and four year olds. Child care costs would also be capped at 7% of total household income (with a work requirement for qualification). $150 billion would also be committed to build or improve over one million new affordable housing units while expanding healthcare coverage through the premium tax credit.

From the perspective of investors, the framework was a little more palatable than previous versions, because the current plan would not increase capital gains taxes for households earning over $450,000, nor would it increase the top corporate income tax rate. The plan does propose raising taxes on taxpayers earning $10 million per year, and it would create a 15% minimum tax on overseas corporate income, a 15% minimum tax for corporations with profits over $1 billion dollars per year and a 1% tax on stock buybacks.

One thing is clear. Republicans will have nothing to do with either reconciliation or the proposed infrastructure package, and House and Senate Democrats do not currently agree on the path ahead. Still, over the coming weeks, there is a possibility that both the reconciliation bill and the infrastructure bill could reach President Biden’s desk for signature, and we will be watching to see if there are any proposals that would immediately impact investors.

When it comes to monetary policy, the Federal Open Market Committee is scheduled to meet on November 2nd and 3rd, and we fully expect for Chairman Powell to announce that the Fed has made substantial further progress towards its employment and price stability goals and, therefore, the Fed will begin to taper its asset purchase program in the very near future.

Markets are largely anticipating this decision, so we do not expect to see too many market shocks as the Fed publicly announces this. We also do not expect any decision on the federal funds target rate at this time. The Fed has set a substantially higher bar for raising the federal funds target rate versus tapering. Given the economy’s current trajectory, we do not anticipate an interest rate decision until late 2022 or early 2023.