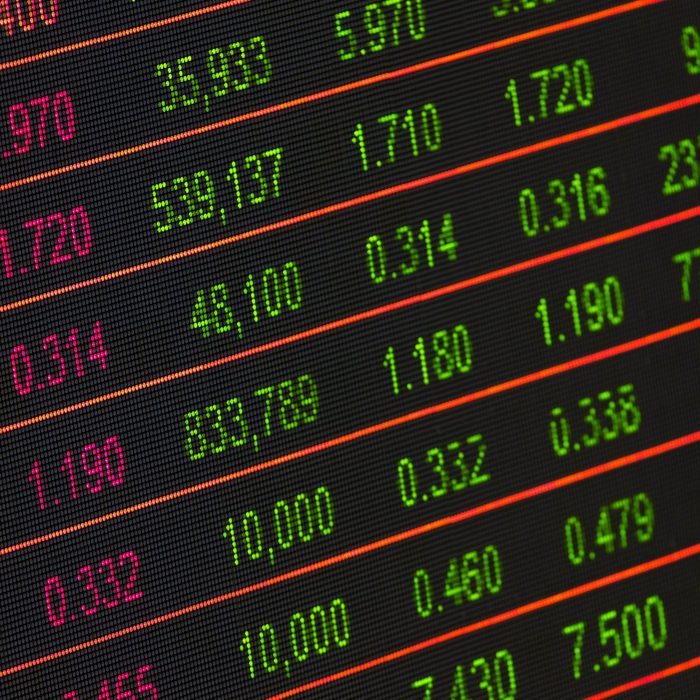 On many levels, 2022 is off to a bit of a bumpy start in my household, and I would imagine the story may be the same for many of you. At home, my wife, two young children and I were cooped up in isolation for nearly the entire month of January due to school closures or the COVID-19 virus, which hit each of us in a staggered succession that seemingly prolonged our isolation as long as possible. We were fortunate to emerge unscathed, albeit a little disheveled, and mindlessly humming the tunes to Disney’s Encanto, which we watched approximately 37 times in a two-week span.

During this time at home, we also entered an interesting phase in early childhood development, as our 16-month-old child became intimately familiar with the word “no”. The child is simply a magnet for every sharp object, electrical outlet, choking hazard and staircase in our home, so we have used the word “no” quite often. We now can tell that the word’s meaning is just starting to truly sink in for him. His reaction is often priceless. If a phrase could describe the look on his face when he hears a gentle “no-no”, it would be “pure, unadulterated heartbreak”.

When it comes to financial markets, we have seen similar heartbreak – and even a tantrum or two – as investors begin to hear the unfamiliar word of “no” from Federal Reserve decision-makers. For nearly all of 2021, we have had an eye on jobs and inflation, wondering which mandate would take precedence and priority as the global economy continued to recover from the pandemic.

Clearly, the Fed has shifted its sights from jobs to inflation as the unemployment rate fell from its peak of 14.7% in April, 2020 to 3.9% in December, 2021, as seen in the chart below. Furthermore, we have seen year over year wage growth tick up to 5.8%, which is well above the 50 year average of 4%.

Low unemployment coupled with above average wage growth has made inflation a bit stickier than the Fed initially anticipated, with the Headline Consumer Price Index (CPI) rising to 7.1% in December, 2021, as seen in Chart 2, below. Even the Fed’s favorite inflation measure, the Core Personal Consumption Expenditure (PCE) Deflator, has risen to 4.9% - well above their 2% target. Frustratingly, the Fed’s prior insistence that inflation was simply transitory and a product of a re-emerging global economy has not exactly materialized as planned.

In fact, during a recent Federal Open Market Committee (FOMC) meeting press conference, Fed Chairman Jerome Powell stated, “There’s a real risk now, we believe, I believe, that inflation may be more persistent and that may be putting inflation expectations under pressure, and that the risk of higher inflation becoming entrenched has increased.”

Yes, there are likely many components of inflation that will be resolved in time as supply chain bottlenecks ease and workers emerge after the Omicron surge, but will that be enough to bring inflation back down to the Fed’s 2% target? That does not seem likely, which is why the Fed has set the framework for a series of potential rate hikes throughout 2022, and investors have noticed.

When the pandemic first emerged and the concept of self-isolation was still new, I became enthralled with documentaries like Dawn Wall and Free Solo, both of which chronicled professional rock climbers like Tommy Caldwell and Alex Honnold as they attempted to ascend the stunning yet treacherous Dawn Wall in Yosemite National Park. As my heart raced and a case of couch potato vertigo set in, I watched with amazement at the precision and courage required not only to study each section of rock and uncover a viable path ahead, but to then execute with conviction, knowing that even the tiniest miscalculation could mean failure or worse.

Similarly, Federal Reserve decision-makers find themselves on a precarious ledge as they forge a path ahead. In March of 2020, Jerome Powell was hailed as a hero as the Fed acted aggressively to support a flailing economy that was on the brink of global collapse. Since then, monetary policy and fiscal stimulus have continued to pour a steady stream of gasoline on the economic fire, which has resulted in a recovery, particularly in financial markets, that would have exceeded any and all expectations back in the summer of 2020.

Now, Powell must play the part of the villain - at least in the eyes of some investors. He is like a bartender yelling, “Last call!” when, surely, there is enough time for a few more rounds. With so much seemingly riding on Fed intervention, we can expect one thing over the course of the next few months, and that is volatility.

I’ll provide a quick example of what we might expect. Days ago, I had planned to watch Powell's January, 26 Fed statement live, and I had grown a bit anxious as I anticipated his commentary. During times of high anxiety like this, I like to hop on my Peloton (yeah yeah, I know) and feel like I am doing something productive as I watch and wait. This is a common theme when I watch a Philadelphia Eagles football game and afterwards I think, “Yeah, they lost 28-10, but at least I burned a few calories.”

As Powell approached the podium on the 26th, the S&P 500 was actually having a nice day in the green. This remained the case as Powell began his commentary and until he uttered the sentence, “I think there’s quite a bit of room to raise interest rates without threatening the labor market.” I cringed and picked up my phone to switch screens only to watch the S&P 500 begin a fall from an intraday high of around 4450 down to 4309. This was a decline of over 3% in roughly 60 minutes. The sweat beading down my forehead that afternoon had little to do with my Peloton workout, I assure you.

Still, as an investor, it is important to remember that volatility is normal. Since 1980, the average intra-year decline in the S&P 500 is -14% with a -10% move being considered a market correction. One thing we can also expect is that when volatility strikes, markets tend to move quickly. In recent years, we have seen an influx of young, lower-income retail traders begin to show interest in stock picking, as you will see in the two charts below.

Retail traders have supported several declines in the S&P 500 by “buying the dip” and keeping volatility somewhat in check since March, 2020 lows. However, that was during a time of accommodative monetary policy and generous fiscal stimulus. What happens when outlooks become less certain and stocks do not always go up? It is important to note that traders are not long-term investors. They, along with algorithmic traders, can be quick to exit positions that lose favor, and this can exacerbate the speed and severity of a sell-off.

It is also important to note that while the Fed and other policymakers can set the foundation for the economy, investing is still largely about stock ownership and identifying diverse asset classes, sectors and companies that have strong earnings potential throughout different phases of the market cycle.

Once again, earnings season is well underway and results have largely been positive, albeit not quite as smashing as they had been throughout 2021. As of this writing, over 33% of S&P 500 companies have reported Q4 earnings, with 77% of these companies reporting earnings per share above analyst estimates, which falls slightly above the five-year average. When looking at revenues, we are seeing larger than average positive revenue surprises with 75% of S&P 500 companies reporting revenues that are, on average, +2.5% above estimates. Both numbers are above the five-year averages of 68% and +1.5%, respectively. Generally speaking, this is good news. However, we have seen some high profile misses, particularly with pandemic darlings Peloton and Netflix, whose misses seem to signal to some investors that the post-pandemic party may be over.

On many levels, we expect 2022 to be a year where normalization occurs across multiple areas of financial markets. We expect volatility to be at or near historical levels as investors watch and wait to see if the economy can stand independently without central bank intervention. We also expect daily overreactions to both earnings misses and positive surprises. We expect to see interest rates normalize through a series of rate hikes. This increases the cost of borrowing for individuals, corporations and governments, but also means that bond investors may be rewarded for their investments through more generous coupon payments.

Meanwhile, our hope is that the Fed is deliberate and patient enough to give financial markets time to absorb and weigh policy decisions as inflation eventually stabilizes. This, perhaps, may not be to the 2% Fed target, but may be low enough that the Fed can continue gradual monetary policy initiatives without shocking the system with a 50-75 basis point rate hike or two.

While some of the more hawkish members of the Federal Open Market Committee may prefer to rip the BandAid right off with aggressive rate hikes in March, we hope that they will be mindful of recent history and know that a more deliberate and patient approach will get the economy to a lower inflation target without making the process exceedingly painful for everyone. Clearly, we here at Entrepreneur Aligned will be watching, waiting and will communicate with you all as conditions change and we gain further clarity into policy initiatives and market reactions.